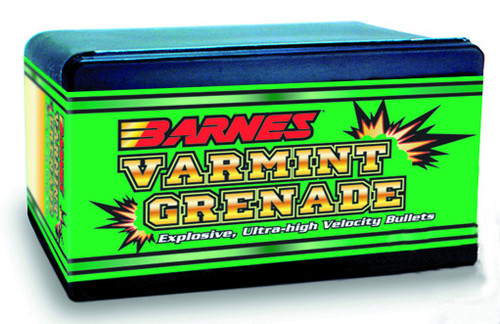 Introduced in 2007, the Varmint Grenade has rapidly become one of the most popular varmint bullets around. Based on a design Barnes developed for military applications, the hollow-cavity, flat-base bullet features a copper-tin powdered metal core surrounded by a guilding metal jacket.